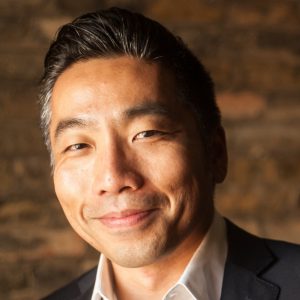 Before Feeding Wisconsin, David managed partnership and program development and led state government relations and grassroots advocacy at Feeding America, the national organization of food banks with offices in Chicago and Washington, DC. He has served as an adviser to the National Conference of State Legislatures’ Hunger Partnership and the Farm Foundation’s Dialogue Project for a 21st Century Agriculture.

Before moving to Milwaukee, David was the Special Projects and Government Relations Coordinator at the Jewish Federation of Greater Los Angeles where he built and launched “Fed Up with Hunger,” the Los Angeles Jewish Community’s response to the hunger. In this role, he was the principal co-author on the Blueprint to End Hunger in Los Angeles, which was adopted by the city, county, and school district as their framework to address food insecurity.

David also brings a rich, professional performing arts background to his role as CEO at ImagineMKE. David studied drama and acting at Ruth Asawa School of the Arts and the American Conservatory Theatre in San Francisco. After attaining an A.B. in Film and Drama at Vassar College, David worked in New York and Los Angeles writing, acting, and directing plays and films.

On stage, David played Audrey Hepburn, Elvis Presley, a mystical Cuban, and himself in Readaptation on Hollywood’s Theatre Row. IN Magazine hailed David’s performance as Hepburn and Presley as “campy perfection.” Prior to that, David was in the film Windtalkers, directed by John Woo. David’s production of Torn (LA, 2002), his full length improvisational stage play, was called “fascinatingly risky” by Rob Kendt and “…essentially an ingenious new form of theatre,” by Backstage West. Most recently, David played Vinnie in a staged reading of The Odd Couple for the Forte Theatre Company in Oak Creek. Prior to that, David earned rave reviews as Travis in The Boulevard Theatre Company’s production of Cowboy vs. Samurai by Michael Golamco (Always Be My Maybe).

David’s film directing credits include The Marriage of Charlie Johnson. His short film Storybook Endings screened at the New York Independent Film Festival and Despair, another short, played at the High Brow/Low Budget Film Festival in Brooklyn, which later became Rooftop Films. Other regional theatre directing credits include, Suicide in B Flat by Sam Shepherd, Glengarry Glen Ross by David Mamet, The Normal Heart by Larry Kramer, and The Skin of Our Teeth by Thornton Wilder.

David serves on a number of boards and advisory committees including Outpost Natural Foods, one of the nation’s largest consumer food cooperatives; Ex Fabula, a Milwaukee non-profit that strengthens community bonds through the art of storytelling; and Citizen Action of Wisconsin’s Education Fund.

David is an alum of Georgetown University McDonough School of Business’ Business for Impact New Strategies Program, the Aspen Institute Academy 2.0 for Non-Profit Leaders, and the American Express/Independent Sector NGen Fellows program. He lives in the Bay View neighborhood of Milwaukee with his wife where they stress over whether their dog Molly is living a rich and fulfilling inner life.