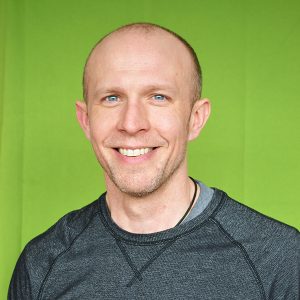 Doug has been with the Belfast Co-op for eight years, having the honor of serving as the General Manger for the past three.  He grew up in rural Pennsylvania but left after high school to study fine art and art history at a small liberal arts school in St. Augustine, FL.  During his senior year he began working for an independent natural foods store, a professional choice that has shaped the rest of his career.  After graduation, he moved back to Pennsylvania to work at the East End Food Co-op.  While at East End he got married and started a family, and when the city wasn’t working for his family any longer they came to Midcoast Maine, the best place in the country to raise kids, grow food, and support the co-op economy.

In his nineteen year career in natural foods Doug has held a number of positions, from cashier to Marketing Manager, to General Manager and also served as a director on two co-op Boards.  He was a graduate of the final NCG CCMI (Consumer Co-operative Management Intensive) class, has served on the NCG Eastern Corridor Steering Committee and the Maine Cooperative Business Alliance Steering Committee, and has worked with the other co-op General Managers in Maine to establish the Maine Co-op Grocers, a joint marketing collaboration that is spreading to other areas of the operation.  In his time as the Belfast Co-op GM Doug has overseen the implementation of much needed brand standards, intensive physical revitalization projects, radical changes to the equity requirements, and dramatic changes to the discount structure, all while avoiding torches and pitchforks.