Position title: Board Secretary of Seward Community Co-op and Vice President of Movement and Capacity Building at Race Forward 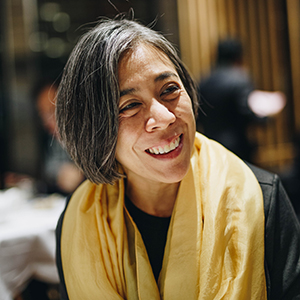 Vina Kay is Vice President of Movement Capacity Building at Race Forward, which works at the national level to build awareness, solutions, and leadership for racial justice. Prior to that, she served as Executive Director at Voices for Racial Justice, which works to support a healthy ecosystem of racial justice organizing in Minnesota through training and leadership development, culturally rooted policy tools and research practices, and convening and network building. While at Voices, she was also Director of Research and Policy, leading the work on the Legislative Report Card on Racial Equity, racial equity agendas, community narratives, and other tools that both support grassroots organizing and hold public leaders accountable for leading with a racial justice lens.

The daughter of immigrant parents from Thailand, she was raised in Omaha and is a graduate of Carleton College and the University of Minnesota Law School. She has benefitted from the mentorship of great teachers, including the late Senator Paul Wellstone at Carleton and john powell and the University of Minnesota Law School. Following law school, she worked with john powell at the Institute on Race and Poverty, first as legal fellow and then as senior researcher and director of the Racial Justice and Regional Equity Project.

Vina is a writer of creative nonfiction and poetry, and has received the Loft Mentor Series award in creative nonfiction and a Jerome Foundation Emerging Artist Residency at Tofte Lake Center for poetry. She has served on many boards, currently including the Seward Community Co-op in Minneapolis. She is Co-Director and Co-Producer of INSIDE MONTESSORI, a documentary film that reframes the conversation about education to focus on learning environments that support children, regardless of race, class, age, or community, in reaching their full potential.