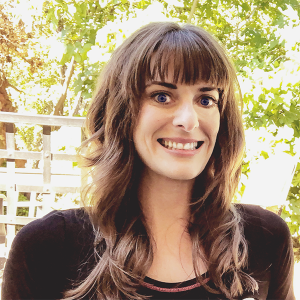 Do you know what type of refrigerant and how many amps your produce coolers use? And how many cases of iced tea stock out into two facings on gondola shelving? Nicole has those answers and whole lot of style to go with it.

Nicole Klimek is a store planner, interior designer and marketing pro who has devoted her career to co-ops and natural food stores. She works on projects ranging from resets to fixture selection to building whole stores from the ground up. She began her career in store development for UNFI, and worked for many years with CDS Consulting Co-op. In 2017, Nicole co-founded seven roots, a multidisciplinary design and operational support firm. seven roots, a worker cooperative, is dedicated to natural foods grocery stores and co-op markets. Nicole has partnered with over 250 co-ops since YEAR, including Davis Food Co-op, Seward Food Co-op, Central Co-op and Co+opportunity Market & Deli.

Nicole is the only independent store planner and interior designer in the field. She holds a Bachelors in Community Development + Facility Design, a Master’s degree in Interior Design, an MBA in Marketing and a passion for nachos. She was honored to be appointed to the Sacramento Natural Foods Co-op Board of Directors in 2019.

Nicole knows her stuff. You should talk to her about your store.