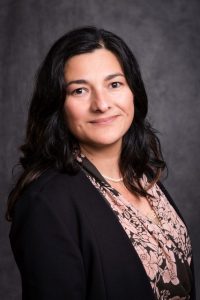 Ceci is an assistance professor and current director for the Center for Law, Diversity, and Justice at Fairhaven College of Interdisciplinary studies, Western Washington University.  Ceci is an attorney by training.

Ceci graduated from Western Washington University -Fairhaven College with a concentration in Law, Diversity, and Public Policy in 2008.  She then attended the University of Washington School of Law, earning her Law degree in June 2011. Ceci continued her legal studies at the University of Washington School of Law where she received a Master’s of Tax Law degree in 2012. She is admitted to the bar in Washington state and admitted to practice in the U.S. Tax Court.  Her research interests are the intersections of social justice, critical race theory, and organizational systems integration.

Ceci sits in the boards of the Bellingham Community Food Coop and the American Civil Liberties Union (ACLU), Washington office, and a recent graduate of the Washington Leadership  Institute (2018).