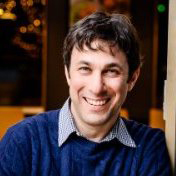 Josh has worked as the CEO/General Manager of the Wedge Community Co-op (and now Twin Cities Co-op Partners) since 2012. In that role he has helped lead a number of new initiatives including the remodel of the Wedge’s flagship Lyndale store, the development of a food commissary, market cafe, and catering business, a comprehensive re-branding project, and now is overseeing the implementation of the consolidation between the Wedge and Linden Hills Co-ops – as Twin Cities Co-op Partners. He is passionate about the organization’s mission of “building community by developing a strong local food system.” In addition to his efforts to accomplish this at TCCP, Josh serves on the board of Mill City Farmers’ Market, is a former board member of Midtown Global Market, and is a judge for the food and beverage division of Minnesota Cup — the nation’s largest state-affiliated startup competition. Additionally, he has been a speaker the last two years at Project Nosh conferences about changes in the natural and organic industry.